While my three part series has come to an end (though feel free to read it if you haven’t– Just start here), I have had time to reflect in these hectic times. COVID-19 is got the world by the junk and since I have a job that will not close, I’ll be wash my hands until it’s the latest “viral” trend. My college days should hopefully end this year (bring on the crushing student debt!) and that means I’ll be able to pour myself back into my writing that I’ve sorely missed.

And that brings me to something I didn’t expect. Last year, by some miracle that I won’t be able to replicate, I published a book with Evernight Publishing. To my delight and surprise I got runner-up for Best Menage. WOW!

All I can say is thank you so much or all those readers out there that enjoyed Devin and the Playboy enough to not only nominate it but vote it to runner up. I hope I have many more years to bring you books you enjoy.

The problem with having a domineering alpha male in a story is even if you manage to create an equally strong female, she’ll get overshadowed by her muscle-bound hero and become the sidekick. Writehanded did an excellent job of providing not only ten tropes but explanation on why they need to cease to exist.

Jimmy Thomas on a Cover

As I related in the previous blog post, I made my character Benjamin in Rumpled Between the Sheets be positively awful to Mary, the female counterpart. He was possessive and jealous of the success she had achieved while trying to hide his own insecurities of his manhood because he was a fashion designer in the 1970’s when the sexual revolution was still at its peak. His overwhelming desire to have her sexually overrides not only her physical well-being but her mental health as well. His macho behavior isn’t a pretty sight and is near damaging. With romance books, however, a happily ever after is a must, Most romance publishers demand that at least or that the blissful lovers are happy for now. Benjamin even saves her from a man who gets too hands-on with her even though he was guilty of the same.

One trope that can be translated over to real life is the virginal female. Men expect the woman to pure while they are free to fraternize with whatever woman is willing. The man in the romance novel needs to have an untouched woman or his reputation could be damaged in some way. In some cultures, a bloodied bed sheet is displayed after the wedding night. Should proof of virginity not be shown, women are subjected to beatings. This is still in practice in India. Virginity is overrated and too tied to what’s betwixt a woman’s legs. By continuing this trope, women are nothing but a prize.

The reinforcement of binary gender roles—with perhaps the exception of paranormal romance—is still what mainstream romance adheres to religiously. Men are usually muscular with a natural heterosexual tendency to females. Their purpose is to find that woman who will fall at his feet and worship his manliness. The woman, on the other hand, gushes over the male and becomes instantly moist, for a lack of a better tactful way of saying it, in his presence. She’s also incapable of defending herself or staying out of trouble. The binary female needs to be saved.

The lack of consent also something that is rampant. How many times does the man touch or kiss his love interest without regard to whether she wants the affection? Sometimes it’s a closed mouth kiss, other times his hand slides up her thigh to where it has no business to tread. These simple interactions are over-looked because it’s chalked up as instant attraction or the woman is mesmerized by his physique. We want reality to fade when diving in a book however not at the expense of portraying something as a socially acceptable behavior.

The issues with romance don’t stop at what is inside the novels. Sometimes the cover models can be less than gentlemanly in their social presence. One could try to blame the cutthroat industry for men behaving badly but the fact remains that any profession needs to grow when what is prominent changes.

Around February of 2019, Jimmy Thomas—a coveted cover model in the romance world—began to broadcast some horrid statements not only about women of a larger size but his views on sex workers and women’s obligated roles to men. Sex trafficking is a pestilence that knows no borders and it is not as simple as legalization. His remarks reeked of toxic masculinity and how girls/women (his words) want to get paid for doing sexual acts. Women, according to him, should not deny their men sex and compared it to denying women the ability to wear make-up.

Reality check ladies, without the sex you are just friends/roommates. Just because “you” may not want or need sex, you can’t just expect him to be fine without it and to just settle with your company and friendship.

While he either removed or blocked individuals like myself from seeing or commenting on his toxic words, screenshots were taken and myself and others used our own platform to speak out on his behavior. While there is pressure in the modeling world for fit gents to grace the covers for erotic romance and the like, the nature of the business dictates a person who goes into this field must adapt. For Jimmy Thomas, his exposure shrank as authors removed his image from their books. Some cover artists even did work for free or a reduced rate to erase his image from previously published books.

I’ve seen older gray-haired men on covers. Slimmer builds without the bulging muscles also have their place. What doesn’t have a place in romancelandia anymore is degrading the main demographic who reads this genre. A zero tolerance policy is an unwritten rule slowly gaining traction. Someday, the allure of the toxic male character will lose its romanticized image. Until that day comes, we in the romance industry need to do a better job at erasing harmful tropes that enable toxic masculinity to exist. It’s our world and we need to mold it in our ideal image—equality.

In the previous blog I concentrated on the fantasy genre. While this particular genre can have some elements of romance contained within the story, the characters falling madly in love is a distant subplot. The romance genre is the kingpin for intertwining the characters with regards to matters of the heart. Like it or not, romance is a billion—yes BILLION—dollar industry and has been the number one selling genre for years. Readers swoon to hunky males gracing the covers with females in a state of undress. How much undercover business is within the pages often is determined by how many clothes seem to be missing. Despite the sigh-worthy need for that happily ever after, there is a darker side to romance novels and I’m not just talking the kinky side. Overbearing males who believe they know what’s best for the heroine litter the pages. When a romance novel gets popularized on the silver screen, sometimes those examples of toxic masculinity gets romanticized and normalized. Neither of which are a good combination.

Back in 2015, I did a chapter by chapter breakdown of the book. I analyzed the storyline, the dynamic between the two characters, and sprinkled in a little bit of fact checking. Research is important, after all. The main problem I found with Fifty Shades of Grey was the relationship between the two main characters being portrayed as romance when the relationship is far from it. Christian uses domineering tactics to cow Anastasia. Beyond the contract, he controls her life by tapping her phone to getting her the job she wants and through that, he can keep tabs on her. All the while he’s the brooding man who has a dark secret. Just what a woman wants in life, right? A broken soul in need of healing no matter what the cost to her. 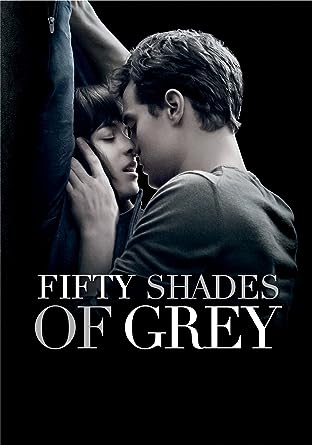 [Ana]”so why are you trying to change me?”

[Christian]”I don’t want to change you. I’d like you to be courteous and to follow the set of rules I’ve given you and not defy me. Simple.”

This begs the question: Does the book industry have an obligation to strip toxic elements from the story line? These books are tailored to an adult audience and we should be able to distinguish between fiction and real life. So, in my opinion, they are no more obligated to do this than they are to stop any other genre from dancing into taboo areas. The domineering alpha male is rampant and too much of a cash cow. Remember, E. L. James had self-published these books before a sub-publishing house of Penguin UK gave her a contract. Money drives most business decisions.

I would be remiss if I didn’t point out my own faults in writing these super alpha males. Although my book Rumpled Between the Sheets was loosely based on a fairytale, it is set in a modern setting where a man kidnaps a woman and forces her to work for him.

[Mary]”You—you burned my contract. I’m not going to stay here with you.”

[Benjamin]He growled and pinched his nose. “You’re not leaving and that’s final. I won’t allow it. You’re mine. Forever.”

When I initially wrote this book, I made the main character Benjamin beyond toxic. Whether something snapped inside or I was getting out the frustration of my own personal feelings, the only thing that dialed back the tone was my publisher. The male had to be possessive but not completely beyond redemption. Still, I was guilty of giving Mary bravado but clipping her claws. Justifying Benjamin’s harsh treatment of her at the end of the book didn’t lessen the fact that I dipped my toes into the pool of toxic masculinity.

Perhaps my misstep was due to the world building I had created in a fictional town called Beowulf Hollow. While this book had a small amount of paranormal elements, those snippets paled in comparison to the first book in the series Witches & Lycans. I, as a reader, tend to give a little forgiveness to the toxic alpha male when the paranormal subgenre is employed. Animalistic tendencies of werewolves or vampires, for example, are part of their nature where “normal” humans have more self-control. Regardless, just like the fantasy genre we could do with better equality and less damsel in distress yet still have a solid love story to swoon over.